If you’ve got a canine family member, finding a rental apartment where you can all live under one roof is often a labor of love. Not every landlord allows dogs, and trying to figure out which ones do can be time consuming and frustrating. Fortunately, Apartment List tracks which listings allow pets! We help you save time by comparing only dog-friendly rentals.

This data also allows us to say which cities and states are dog-friendliest, as measured by the number of listings allowing Rex to be a roommate. Nationwide, only 24% of apartments allow dogs, but where are you most likely to find a pet-friendly landlord?

Arlington, TX, comes in at the top of the list, with 61% of apartments allowing dogs. The Dallas-Fort Worth Metro accounted for three of the top 15 dog friendliest cities – Irving and Garland followed with 59% and 45% to place them at #4 and #11, respectively. 12 Texas cities made the top 50.

East Coast cities don’t appear to be very dog-friendly – something to note if you are thinking of bringing Fido along. Your best bet may be Alexandria or Arlington, where ~35% of apartments allow dogs.

Next, we took a look at the proportion of apartments in each state that allow dogs:

States in the Northeast seem particularly unwelcoming to dogs – Vermont (12%), New York (17%), Rhode Island (23%) and Maine (20%) were all near the bottom of the list. Again, Texas and Colorado topped the list, with 67% of apartments allowing dogs. Nebraska, Minnesota, and Washington rounded out the top five.

So, there you have it. If you are living in Texas, Colorado, or Minnesota, you should have no trouble finding an apartment that will allow your canine friend, but if you are moving to the Northeast, you may need to look further in advance to find a home for you and Fido. As always, we at Apartment List are here to help you in your search!

The full city rankings are included below:

% of Apartments That Allow Dogs, by City 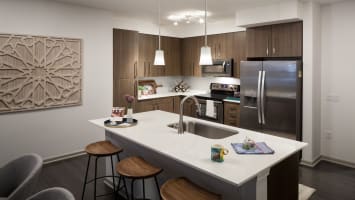 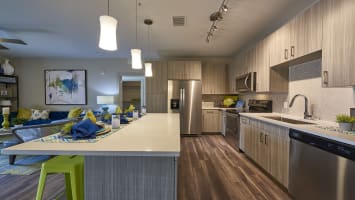 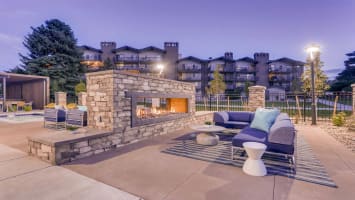 7 Tips on How to Find a Pet-Friendly Apartment