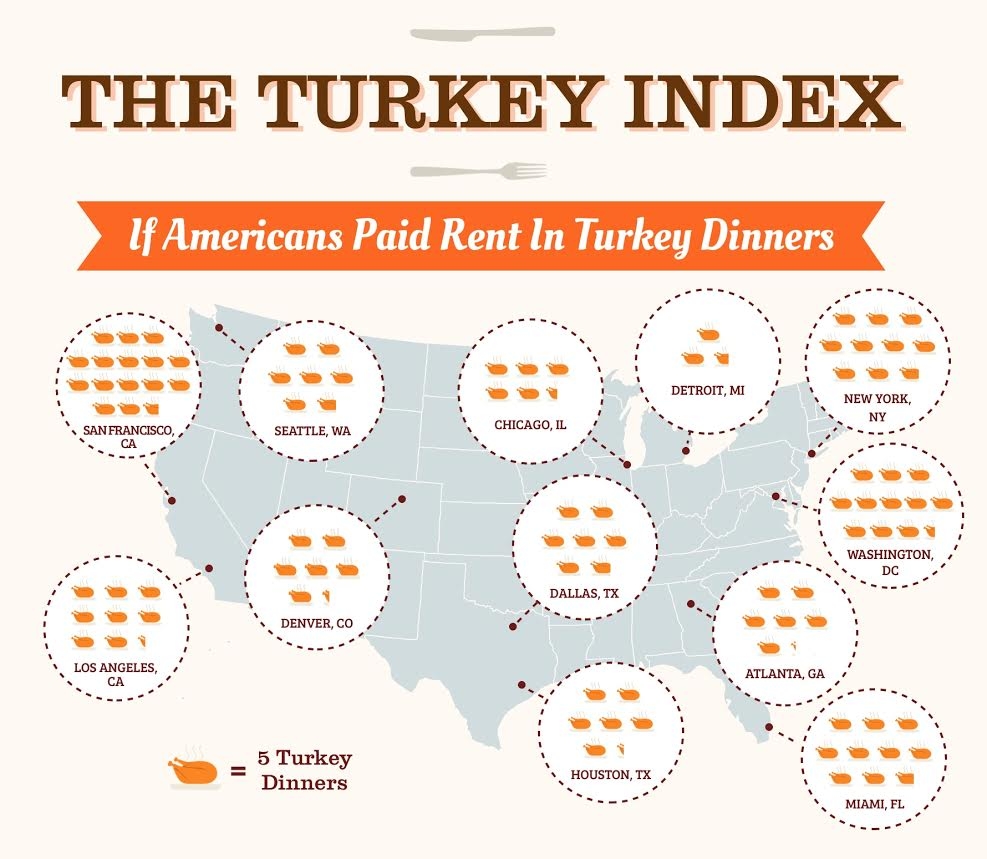 It’s that time of year again!

With Thanksgiving around the corner, we at Apartment List are excited for the upcoming celebrations: family time, TV and turkey (lots of it)! Which made us wonder –  how much would rent cost in cities across the United States if we paid with Thanksgiving dinners? Lo and behold, we present the 2015 Apartment List Turkey Index!

Looking at the data, we see that there is substantial variation in turkey dinner rents across cities in the United States. Miami renters have to pay 48.5 Thanksgiving dinners to make one month of rent, and Boston (48) follows closely behind. That’s enough to feed a small village! New York City (49), Washington DC (59), and San Francisco (78) are among the most expensive as well. At the other end of the spectrum, Detroit residents can expect to pay just 13 dinners to their landlords this November. Stockton (13) follows closely behind, with Memphis (12) and Cleveland (11) being on the cheaper side as well.

If you’re interested, we’re including data for 88 cities across the United States. Check out the table below to see how other cities compare– and have a great holiday celebration!

Best Metros for College Graduates in 2020

In May, Even More Americans Missed Their Housing Payments