2010s in Review: Which Metros Changed the Most?

With just weeks to go before we enter a new decade, we’re taking a look back at the 2010s. While the 2000s ended with one of the worst financial crises in modern history, the 2010s were characterized by the longest economic expansion on record. This was also a decade in which the Millennial generation came of age, entering and transforming the labor and housing markets. While change was widespread this decade, it manifested differently in different parts of the country. In order to quantify this change, we’ve compiled data on a variety of metrics that characterize the housing markets and demographics of the nation’s 50 largest metropolitan areas and ranked the top 10 metros that have experienced the most change over the past decade.

Notably, the results of this analysis point to the vast influence of the tech industry over the past decade. Over the course of the 2010s, technology has permeated further and further into various aspects of our daily lives. It has redefined how we interact with each other and with the world around us, and has made indelible ripples in the global geopolitical landscape. As this analysis shows, the economic effects of the technology industry have also reshaped many of the nation’s largest metropolitan areas. The metros on this list are largely comprised of two groups: (1) existing tech hubs that have had to navigate continued growth over the course of the decade, and (2) smaller tech hubs that have emerged over the course of the decade to compete for top-tier talent and capital investment.

Read on to see which metros made our list:

Home to the largest naval base on the West Coast, the San Diego economy has long been anchored by a robust defense industry. However, over the course of this decade, the area has also seen booms in the local start-up and biotech scenes. These industries have made San Diego one of the primary drivers of innovation sector growth in recent years. As a result, the share of the metro’s households earning over $100,000 increased by 42.0 percent from 2010 to 2018. As job growth outpaced new housing construction, the local housing market has also gotten notably more expensive this decade, with the median home value increasing by 38.5 percent.

As the core city of North Carolina’s Research Triangle, Raleigh has one of the nation’s most highly educated workforces but remains relatively affordable in terms of housing costs. This increasingly rare combination has made Raleigh a magnet for college-educated workers looking beyond the pricey coastal hubs. From 2010 to 2018, Raleigh was the second fastest growing of the nation’s 50 largest metros, with population growth of 17.9 percent, compared to 5.3 percent nationally. With a plentiful supply of high-paying jobs, the share of Raleigh area households earning at least six figures grew from 25.1 percent in 2010 to 35.9 percent in 2018. Raleigh also ranked number one on our list of metros with the highest share of workers who work from home, indicating that it may be a popular relocation destination for employees of companies that are willing to accommodate remote workers.

Over the course of this decade, rapid growth of tech jobs has earned Salt Lake City a new nickname — the Silicon Slopes. From 2010 to 2018, the share of the metro’s adult population with a college degree increased from 28.9 percent to 36.0 percent, the highest growth rate in this metric among the nation’s 50 largest metros. Consequently, the share of households earning over $100,000 grew by 57.6 percent over the same period.

The San Jose metro, which ecompasses Silicon Valley, had cemented its reputation as the nation’s leading tech hub well before this decade. However, the region’s ongoing housing crisis has meant that the area continued to see significant change in the 2010s, most notably along housing cost metrics. In 2010, the San Jose metro already suffered from the nation’s highest housing costs, and that in the years since, it has only widened that lead. The region ranked number one for median rent growth this decade and number two for growth in median home values. Beyond housing costs, the San Jose metro also saw notable change in its demographics. The metro saw the second largest reduction in the share of the population who identify as white, driven primarily by significant growth in the area’s Asian population.

This decade saw Amazon CEO Jeff Bezos capture the title of world’s richest person from fellow Seattle area resident Bill Gates. While these two are far from characteristic of the population as a whole, the 2010s have also been pretty good to the metro’s non-billionaires. From 2010 to 2018, the share of Seattle metro households earning over $100,000 increased by 48.8 percent, and Seattle now ranks fifth in the nation on this metric. Unfortunately, that income growth was accompanied by rapidly rising housing costs, although an influx of new construction has tempered that growth a bit over the past couple of years.

Denver is another example of a metro with a thriving start-up scene, which over the course of this decade has positioned itself as an alternative to established tech hubs. Denver saw its population grow by 12.9 percent from 2010 to 2018, well over double the national rate. The area has experienced particularly large increases in its college-educated and high earning populations. The demand created by this rapid growth in high-paying jobs put Denver at the number one spot for growth in the median home value, with an increase of 56.8 percent. In addition to price increases, the type of new housing being built has also contributed to the area’s changing character — the share of new building permits comprised of multifamily housing increased by 57 percent from the 2000s to the 2010s.

Despite the desire of longtime locals to “Keep Austin Weird,” the area has seen significant change over the course of this decade. Most notably, the Austin metro saw its population grow by 22.7 percent from 2010 to 2018, the biggest increase among the 50 largest metros. Once again, much of this growth has been driven by tech, with both large and small tech companies increasing their presence in the city. Apple, for example, has grown its Austin workforce by 50 percent over just the past five years, and recently broke ground on a new $1 billion campus. On a different note, Austin has also seen interesting changes in the metrics we use to capture household composition. The metro experienced a 6.6 percent increase in the share of households that contain married couples, the biggest change among the 50 largest metros. However, Austin also saw a 9.4 percent decline in the share of households with children.

At the beginning of this decade, the popular TV series Portlandia elevated its namesake city’s reputation for embodying a particular brand of quirkiness. While much of that unique character undoubtedly remains, some have argued that the attention garnered by the show ushered in a new era of development in the city. The role of Portlandia may be debatable, but change in the Portland metro is undeniable. From 2010 to 2018, the metro saw the nation’s fastest growth in the share of high-earning households and the third fastest growth in the share of workers with college degrees. New construction in Portland also played a role in the changing face of the metro — while multifamily housing accounted for just 29.8 of residential building permits in the 2000s, that share spiked to 50.5 in the 2010s. That said, this new housing likely helped keep housing costs somewhat in check. Although the metro’s median rent growth ranked third in the nation, much of that growth was likely due to compositional change. Median home values, on the other hand, grew more modestly, and the homeownership rate in the metro actually increased from 61.6 percent in 2010 to 62.9 in 2018, the biggest increase among the 50 largest metros.

Nashville tops our list of metros that have undergone the most change over the course of the 2010s. Like Portland and Austin — the two metros that round out our top three — the Music City is in the midst of grappling with how to retain its specific regional character during a period of unprecedented expansion that is transforming it into an economic force on a national scale. Last year, for example, Amazon announced that Nashville would be the site of its new east coast operations hub, a consolation prize of sorts after Nashville garnered serious consideration in Amazon’s much publicized search for an “HQ2” location.

The Nashville metro ranks highly along nearly all of the change metrics included in our analysis. For example, the metro’s population grew by 14.6 percent from 2010 to 2018, ranking seventh. The share of the workforce with college degrees jumped from 31.8 percent to 39.5 percent, ranking second, while the share of households that earn six figure incomes grew from 18.9 percent to 29.7 percent, ranking third. In addition to its changing population, this decade has also seen a transformation in the Nashville Skyline. The share of new housing comprised of multifamily more than doubled from 15.4 in the 2000s to 33.7 percent in the 2010s, the second biggest increase in this metric. Despite the success of its economy, Nashville’s housing costs remain relatively affordable in comparison to the nation’s other large metro areas, such that it continues to be a highly alluring destination. After a decade of transformation, it seems likely that Nashville is poised for continued success in the 2020s.

Rankings are based on an analysis of the change that each metro experienced across the following ten housing market and demographic metrics:

All data comes from the Census Bureau’s American Community Survey 1-year estimates, with the exception of building permits data, which comes from the Census’ Building Permits Survey. For each metric — again with the exception of building permits — we compare the 2010 estimate to the estimate for 2018, the most recent data currently available. For building permits data, we compare the multifamily share from 2000-2010 to the share from 2010-2018. To control for changes in metro definitions over time, metro-level data are aggregated up from county-level data based on the Census’ most recent delineations of core based statistical areas. 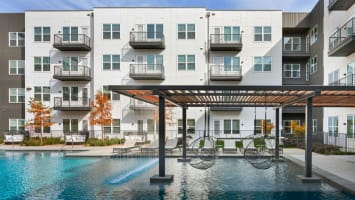 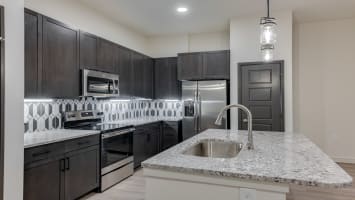 Trivia: 10 Trends That Defined The Decade