What U.S. metros are the best for millennials?

To answer that question, Apartment List graded 75 top U.S. metros in three categories — jobs, affordability and livability — and ranked them, based on their scores.

Many metros score high in one or two categories, but few metros offer the ideal mix of a strong job market, affordable rent and home prices and high livability scores.

The best three metros for millennials are Pittsburgh, Provo, Utah, and Madison, Wis., which all earn A+ marks overall.

Metros where millennials traditionally move — San Francisco, Los Angeles and New York — and where millennials have recently been moving — Seattle, Austin, Tex., and Denver — receive low scores for affordability. Despite strong job markets and high livability ratings, rents in these metros are too expensive for many millennials, and homeownership is far out of reach for most.

Making a move to a new city is both scary and exciting. A big move can mean leaving friends and family behind, starting a new career or experiencing an entirely new climate. In our recent survey of 24,000 renters, 64 percent of renters say they plan to settle down in a different city than where they currently live. Affordability concerns drive renters away from pricey coastal metros, while renters leave the Midwest and South in search of better job opportunities.

Millennials, aged 18 to 34, have higher rates of migration, compared to older adults, frequently relocating for better jobs, cheaper housing or a more exciting social scene. From 2007 to 2012, millennials made up 24 percent of the total U.S. population, but accounted for 43 percent of all movers in the United States.

In order to identify the best metros for millennials, Apartment List created an index to grade 75 top U.S. metros on jobs, affordability and livability. We calculate the score within each category based on how the metro compared to the others in the study, with overall grades and rankings determined by the average score of the three categories. The metros that top our list provide millennials a balance between a strong job market and reasonable rent and home prices, as well as a lively social scene.

Apartment List based our index on three equally-weighted categories important to millennials:

We give each metro a numerical score based on its ranking compared to other metros on each of the study’s three categories. We calculate final scores for each category by averaging of the scores for each factor within the category. Finally, we determine overall grades and rankings by calculating the average of the three categories: jobs, affordability and livability.

The top 10 metros for millennials are inland metros with relatively low rents, primarily located in the Midwest and South.

No. 1 Pittsburgh tops the list of the best metros for millennials, with high marks for jobs and affordability. The city earns higher than average livability scores, with renters particularly satisfied with the city’s low crime level and options to date and make friends. Devastated by deindustrialization and the collapse of the steel industry in the 1980s, Pittsburgh has been undergoing a revitalization. The city has moved away from factory jobs and today attracts young, educated workers. The number of Pittsburgh residents 25 years of age and older with a college degree grew by 37.3 percent between 2000 and 2013. Tech giants, such as Apple, Facebook, Google and Uber, have opened offices in Pittsburgh, and the city has a thriving food and art scene.

No. 2 Provo, Utah, takes the second spot on the list, with high scores for jobs, affordability and livability. Provo’s strong job growth and low millennial unemployment, combined with high livability scores, make the metro a great destination for millennials looking to relocate. Provo residents give the metro high marks for safety and dating options, and more affordable rents allow millennials to save up to purchase a home.

No. 3 Madison, home to the University of Wisconsin-Madison, earns top scores for dating and entertainment and has reasonable rents and low millennial unemployment rates. No. 5 Columbus offers a stronger job market than most neighboring Midwest metros, more affordable prices than coastal metros and a lively restaurant, bar and music scene.

No. 10 Minneapolis, with relatively high wages compared to rents, had the highest share of millennial homebuyers in 2016. Midwest metros lose points for their weather, but for millennials willing to stick it out through cold winters, these metros offer a great option for settling down.

Southern metros including No. 4 San Antonio, No. 6 Charleston, S.C., No. 8 Oklahoma City and No. 9 Houston also make the grade of top 10 metros for millennials. Charleston ranks low for affordability, due to wages that fail to keep pace with rent and home prices, but has the highest livability score of the 75 metros studied.

Affordability concerns keep other pricey coastal metros such as Washington, D.C. (No. 16), San Jose (No. 29) and Boston (No. 31) out of the top 10 metros for millennials, despite strong job markets and plentiful entertainment.

The worst metros for millennials are located in the Northeast, California and Florida. Low livability scores in Northeast metros place them at the bottom of the list, while Florida metros earn low grades for their job markets. The California metros at the bottom of the list are not the most expensive metros in the state but rather metros with high housing costs relative to the strength of their job market.

Riverside, Calif., has the lowest score on the list of metros for millennials, with a high millennial unemployment rate and a low share of people able to afford a median-priced home. Additionally, Riverside renters give the metro low marks for safety, dating and parks and entertainment. Two other California metros — Sacramento and Oxnard — also score low due to a high cost-of-living, relative to wages.

Northeast metros located in Connecticut, Rhode Island and Massachusetts take four of the ten bottom spots, with weak job markets and low livability scores. Connecticut, including the Bridgeport and New Haven metros, is struggling to attract young workers. Corporations are leaving Connecticut, and the population has been shrinking for three straight years, with millennials leaving Connecticut for Boston and New York City.

Florida metros, including Orlando, North Port and Miami, score poorly in our report card, largely due to low median-wages and slow wage growth. Still, the Florida metros of Miami and North Port score high for livability, with high ratings for safety and plenty of entertainment options.

Five California metros — San Jose, San Francisco, Oxnard, San Diego and Los Angeles — rank in the top 10 most unaffordable metros. Honolulu takes the No. 3 spot, with some of the highest rents in the nation and the lowest share of the population that can afford the median-priced home. East Coast metros, such as Boston (No. 7), New York (No. 8) and Miami (No. 10), also face a major affordability crisis, with high home and rent prices. Metros that experienced rapid rent increases over the past decade, including Seattle and Denver, also score poorly in the affordability category.

The upstate New York metros of Syracuse, Buffalo and Rochester are some of the most affordable metros, offering median rents of around $900. In these metros, about three out of four people are able to afford the median-priced home. Midwest metros, such as Cleveland, Pittsburgh, Cincinnati, Indianapolis and Grand Rapids, Mich., also offer affordable options for millennial renters and homebuyers. In the South, Oklahoma City and Louisville, Ky., are the most affordable for millennials, with rents below the national average and reasonable home prices.

Highest Livability Scores in the Carolinas

Charleston’s livability score is high enough to make the metro the sixth best for millennials, despite lower marks for affordability. With a stunning waterfront, plenty of history and a great restaurant scene, Charleston offers endless entertainment options for millennials.

Some metros with high livability scores, including Austin, Denver and San Diego, fail to make the list of the top metros for millennials, because of their lack of affordable housing options. For those who can afford the high rents, these metros offer great indoor and outdoor entertainment options for millennials and strong job markets.

Northeast metros earn the lowest marks for livability, with New Haven and Worcester, Mass., finishing last. Renters in these metros are particularly displeased with dating and entertainment options, and give the cold weather in these metros low marks. Despite doing well on our affordability index, upstate New York metros — Rochester, Albany and Syracuse — score low for livability.

While many millennials dream of moving to expensive, bustling metros, such as New York, Los Angeles and San Francisco, it may be time to reconsider. Inland metros, such as Pittsburgh, Provo and Madison, provide strong job markets, affordable housing options and plenty of entertainment.

Sydney is a Senior Research Associate at Apartment List, where she conducts research on economic trends in the housing market. Sydney previously worked on a U.S. Senate race in Nevada, and has a BA in Economics and Political Science from UC Santa Barbara. Sydney can be reached at sbennet@apartmentlist.com 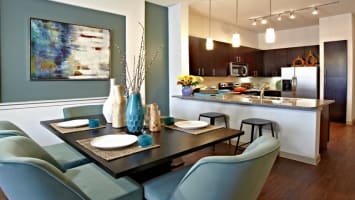 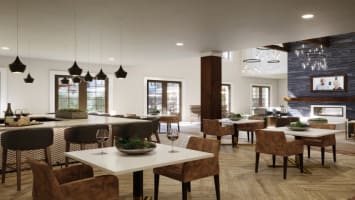 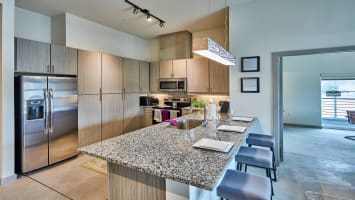 Prime Markup: How Much Would Amazon HQ2 Drive Up Rents?

Moving On: Why are Renters Relocating?