Curious what city holds the key to your heart? The light of your life? A love whose beauty you can just stair at?

For single renters looking to move in search of Cupid’s arrow bringing them a butter-half they will a-door, read on to find the metros where love is in the air!

Madison, Charleston and Denver are the best metros for dating

Madison, Wis., Charleston, S.C., and Denver earn the top three spots for dating satisfaction. Overall, metros with plenty of young, educated workers and newer tech hubs, earn high marks for dating. In Denver, Austin and Washington, D.C., love has no ceiling because there are more partners from which to chews.

Additionally, college towns such as Madison, Wis., Raleigh, N.C., and Durham, N.C., rank high for dating opportunities. Looking to move somewhere to find your perfect match or someone you fence-y? Consider the Carolinas — home to four of the top 10 metros for dating — where many of our apartment hunters seem to find someone to shower with love!

Syracuse, Bridgeport and New Haven are the worst metros for dating

Syracuse, N.Y., earns the lowest marks for dating, with only 14.8 percent of renters expressing satisfaction with their dating lives. The Connecticut metros of Bridgeport, New Haven and Hartford earn four of the bottom 10 spots for dating. While the Northeast has the highest concentration of the worst metros for dating, metros in the South (Memphis, Tenn., Port St. Lucie, Fla.), the West (Oxnard, Calif., Albuquerque, N.M., Sacramento, Calif.) and the Midwest (Dayton, Ohio) also make the list.

Dating rankings are often correlated with general satisfaction with a metro, with a correlation of 57 percent between the two categories, but this is not always the case. Some cities, including Minneapolis, Phoenix and Oxnard, Calif., earn much higher overall marks compared to their marks for dating. On the other hand, cities such as Nashville, Tenn., Salt Lake City and Detroit earn higher dating rankings than overall rankings.

Men are most satisfied with dating in Columbus, Women rank Denver No. 1

Best Metros for Dating by Gender

Overall, it seems that men tend to view their dating experiences more positively than women: nationwide, 46 percent of men rated themselves satisfied, compared to 41 percent of women. This pattern does vary at the metro level. Men are more satisfied than women with dating opportunities in 18 of the 29 metros studied. In six metros, including Atlanta, Baltimore and Las Vegas, there is less than a two percentage point gap between men and women’s satisfaction. Many of the locations where women are more satisfied with dating than men are tech hubs that attract young workers, including the San Francisco Bay Area, Denver, Portland and Seattle. Perhaps women are more satisfied because of the greater share of educated men to date — and sweep them off their feet

Overall, 42 percent of those we surveyed nationwide reported positive levels of satisfaction with dating opportunities in their metros, while only 30 percent gave negative responses. This suggests that many singles are reasonably happy with dating options. For those unhappy with opportunities for finding love in their current metro, we’d suggest following your heart to Madison, Wis., Charleston, S.C., or Denver.

Whether your Valentine’s Day is spent with your significant other, on a first date or eating a box of chocolate with your BFFs, we at Apartment List wish you the best, because home is where the hearth is!

The table below contains full data for the metro’s we analyzed:

Data is based on results from the Apartment List renter survey between February 14th, 2017 and January 17th, 2018. The results above are based on responses from over 10,000 renters. Renters who are married or in a long-term committed relationship are excluded from the study. Renters were asked: “How would you rate your current city or neighborhood for opportunities to date and make friends?” Possible responses are as follows: Very Satisfied, Somewhat Satisfied, Neutral, Somewhat Unsatisfied, Very Unsatisfied.

Rankings are based on the share of renters who report being very satisfied or somewhat satisfied with opportunities to date and make friends. The minimum sample size for each metro was 25. Gender satisfaction breakdowns are included for metros with a minimum of 20 responses for both men and women. The metro rankings incorporate ratings from both heterosexual and LGBTQIA respondents.

Sydney is a Senior Research Associate at Apartment List, where she conducts research on economic trends in the housing market. Sydney previously worked on a U.S. Senate race in Nevada, and has a BA in Economics and Political Science from UC Santa Barbara. Sydney can be reached at sbennet@apartmentlist.com 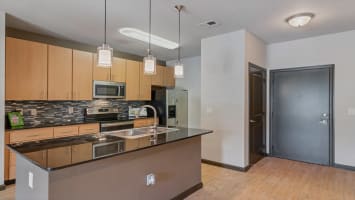 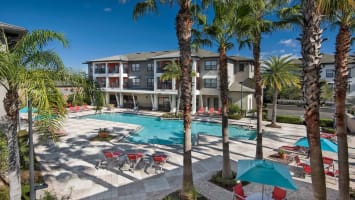 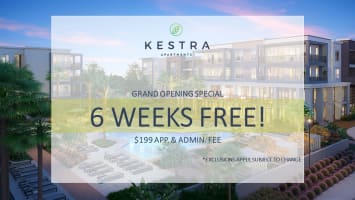 2010s in Review: Which Metros Changed the Most?